Bifröst is constantly improving its product in line with customer feedback. 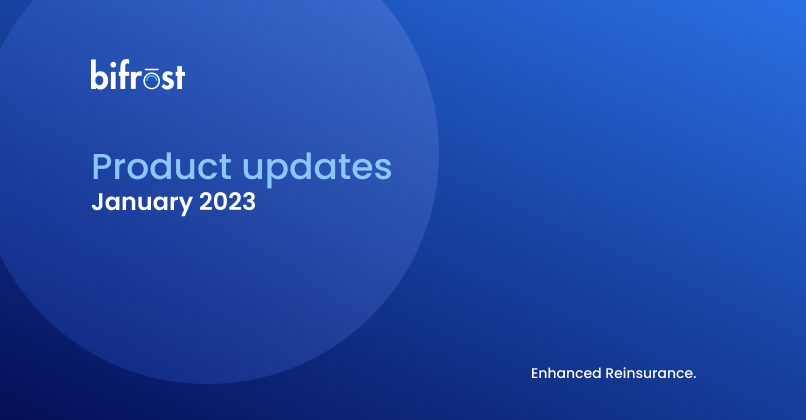 Bifröst is a SaaS in reinsurance, enabling all market participants (insurers, reinsurers and brokers) into working more efficiently by digitalizing the whole transaction process.

Bifröst is constantly improving its product in line with customer feedback. Here are the latest features available on Bifröst.

We know that each contract and each reinsurance placement is specific and unique, so we allow users to create their own variables to insert in their reinsurance contracts.

Bifröst users can now preview the content of the clause before importing it in the wording.

Brokers and cedents can now discuss directly on the platform, in addition to discussing with reinsurers. Also, Bifröst users can start internal conversations with their colleagues. This will allow the different users to concentrate the majority of their exchanges on the platform and thus to find more easily the source of discussion and comments.

Reinsurers can now attach documents (pdf, word, excel, etc.) to their quotation. This will allow reinsurers to transmit their entire quotation directly via the platform and avoid sending a complementary email to the quotation entered in Bifröst. Thus, the ceding company and its broker can find all the documents sent by the reinsurers in the same place with always a single source of truth.

Many other product updates